UK DEBUT ON THE THAMES FOR WORLD'S BIGGEST CONTAINER SHIP

UK DEBUT ON THE THAMES FOR WORLD'S BIGGEST CONTAINER SHIP 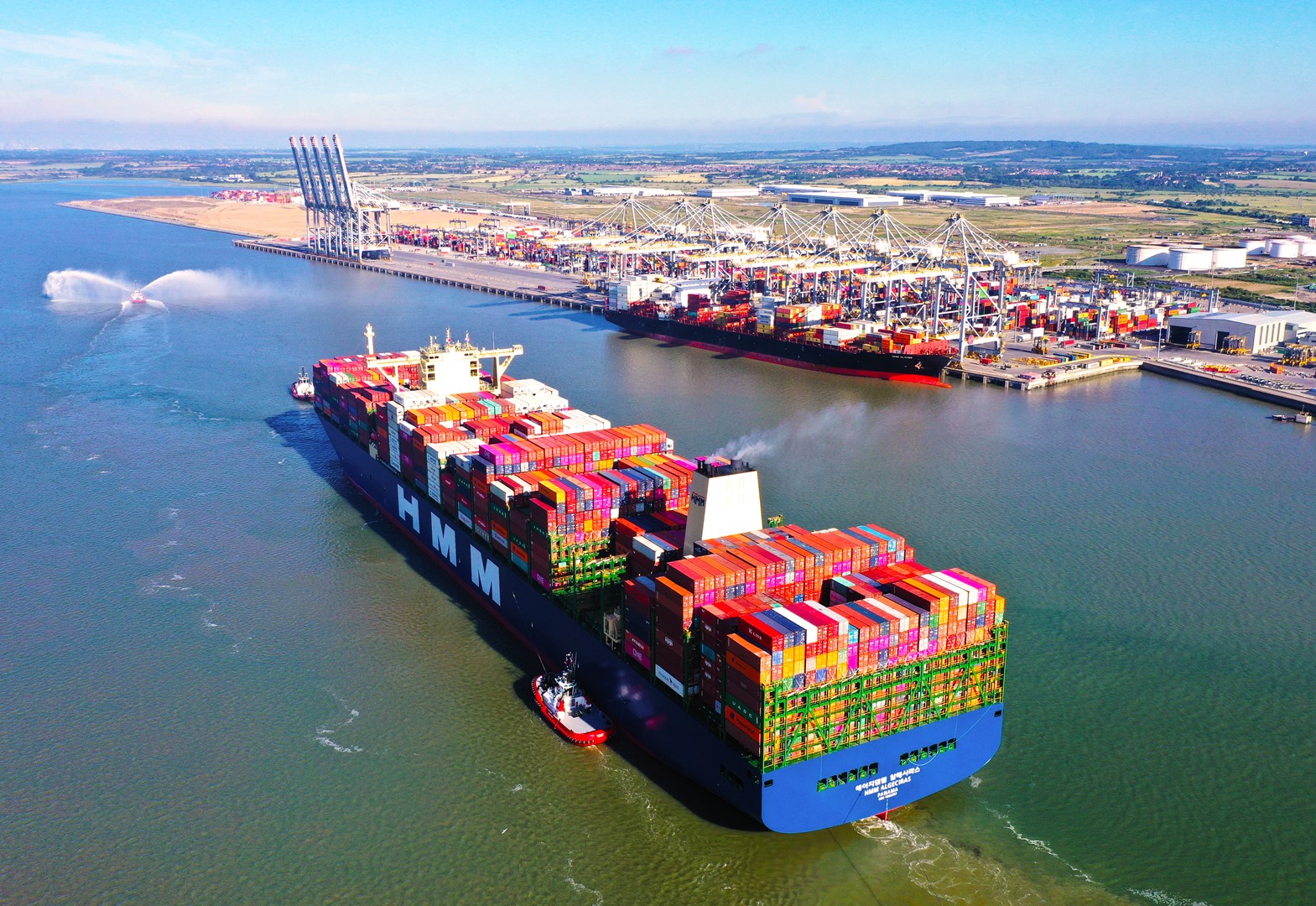 The world’s biggest container ship, HMM Algeciras, has docked at DP World London Gateway port in Essex at the end of her maiden voyage to the UK.

At 400 metres, HMM Algeciras is longer than The Shard is tall and 61 metres wide.

Her arrival on the Thames (14 June) concluded a long journey from China, via South Korea, The Netherlands, Germany and Belgium.

She joins the 3,500 other vessels that have called at terminals on the tidal Thames since the coronavirus lockdown was introduced, keeping the country stocked with essential food, fuel and medicines. She will leave later in the day, carrying British exports on her return journey home, via Singapore.

Investment by DP World in the new container handling facility at London Gateway has paved the way for large vessels like HMM Algeciras to call on the Thames, on the doorstep of the UK’s largest consumer market. London Gateway is also home to one of Europe’s largest logistics parks.

“The visit by HMM Algeciras is testament to the capabilities we offer, not just at London Gateway, but at DP World Southampton too, where her sister ship, HMM Oslo, is due to call later this month.

“DP World is an enabler of global trade. Sustained investment and innovation mean that we offer customers like HMM world-class and resilient performance. That performance and the commitment of our dedicated teams has been critical as we’ve kept operating throughout lockdown. It sets us up well to play a key role in supporting a long-term green recovery too.”

“The maiden voyage of the HMM Algeciras in Europe is a major milestone for HMM. These Megamax-24 ships are ground-breaking, not just in their size, but in world leading environmental performance too. Their optimised hull design and highly energy-efficient engines make a significant leap forward in reducing CO2 and other emissions. It’s all part of our long-term goal to achieve Net Zero carbon emissions across our container fleet by 2050.give us the capacity and flexibility to get our customers’ goods to the right place at the right time. Working across Gateway and Southampton, we have great coverage of the UK market and service teams ready to match cargoes and slots to customers’ needs.”

“The Thames is a crucial part of national supply chains. Today’s arrival underlines how investment by shipping lines and terminal operators creates a compelling offer to customers. Fundamentals like this, allied to a long-term commitment to achieve Net Zero carbon emissions, are key to building a long term, sustainable recovery. I’m proud that the port has operated uninterrupted throughout lockdown; our focus now is supporting recovery.”

The PLA has been working with DP World and HMM Europe planning for HMM Algeciras’ arrival for over six months. Its team has modelled the vessel’s arrival and departure in a ship simulator and surveyed the seabed en route to the port in preparation.

Two PLA pilots guided the vessel into port, London Port Control coordinated river traffic and a harbour launch was on standby as the ship went alongside.