The HMM Oslo, the biggest vessel ever to call at DP World Southampton, arrived in the early hours of Friday 26 June at the end of her maiden voyage to the UK.

These vessels are part of a series of 12 HMM Megamax-24 vessels ordered in 2018 from Daewoo Shipbuilding Marine and Engineering (DSME, 7 ships), and Samsung Heavy Industries (SHI, 5 ships).

She arrived at Southampton from South Korea having called at ports in China, Singapore and Rotterdam in the Netherlands. 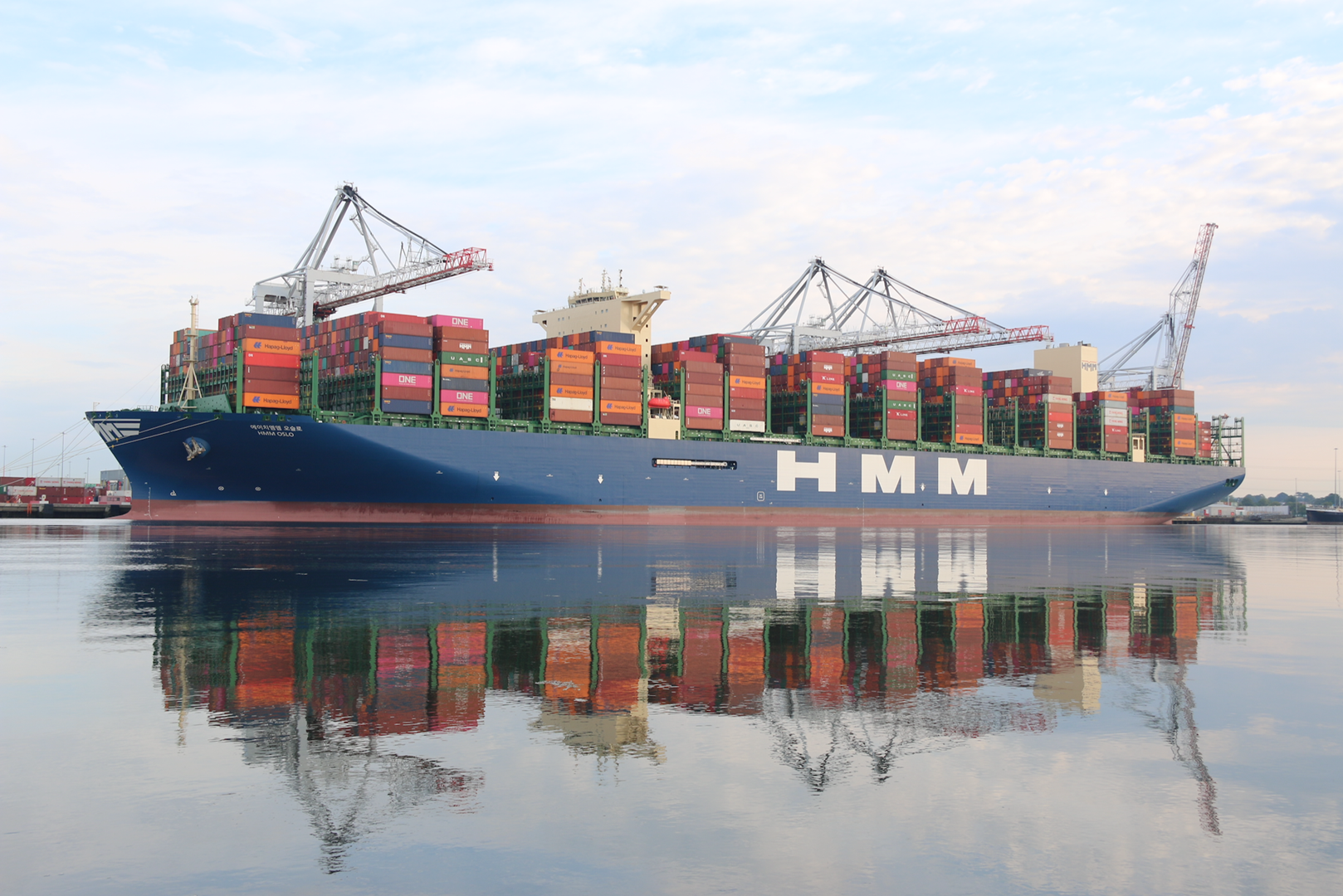 DP World Southampton welcomed the captain of the HMM Oslo with a maiden call plaque at a small, socially-distant presentation on the quayside.

She will depart DP World Southampton on Saturday 27 June carrying British exports on her return journey home, via France, Germany, The Netherlands and Singapore.

“With two deep water ports, DP World in the UK can accommodate the world’s biggest ships both at DP World Southampton and at DP World London Gateway. This call at Southampton by HMM Oslo, following closely after the call of the HMM Algeciras at London Gateway earlier this month, is testament to DP World’s role as global trade enabler. We thank HMM for choosing DP World in the UK to berth this class of vessel.

"The HMM Oslo joins around 200 other container ships that have called at DP World Southampton during the lockdown since March, keeping essential food, fuel and medicines flowing to sustain the country.

“Our ongoing investment and innovation mean that we are well-placed to support an economic recovery which is not just strong but also green and sustainable.”

“The deployment of these Megamax-24 vessels is a major milestone for HMM, and we are delighted that the first of these to call at Southampton, the HMM Oslo, has arrived this week.

“HMM vessels have used DP World Southampton for a number of years, and we are pleased that the biggest container ships in the world are now calling at DP World facilities in both Southampton, and at DP World London Gateway.

“Ships of this size give us the capacity and flexibility to get our customers’ goods to the right place at the right time. Working across both Gateway and Southampton, we have great coverage of the UK market and service teams ready to match cargoes and slots to customers’ needs.

“These Megamax-24 ships are ground-breaking, not just in their size, but in world leading environmental performance too. Their optimised hull design and highly energy-efficient engines make a significant leap forward in reducing CO2 and other emissions. It’s all part of our long-term goal to achieve Net Zero carbon emissions across our container fleet by 2050.”

More photographs in high resolution are available for journalists from the media team at DP World Southampton.