The fight against plastic pollution in our local waters is getting an important boost, with the installation of a new Seabin in Ocean Village Marina, Southampton.

We are delighted to announce the installation of a new Seabin in Ocean Village Marina, Southampton. The award-winning piece of technology is located in the North East corner of the marina, where prevailing winds cause the most litter to accumulate.

This Seabin represents a collaboration between several local organisations as part of our project Secrets of the Solent, which is supported by the National Lottery Heritage Fund and will install a network of Seabins across the area. This one has been funded by DP World Southampton and will be maintained by MDL Marinas, who operate Ocean Village Marina. We have assessed the suitability of the site and will be installing an information board explaining the technology. 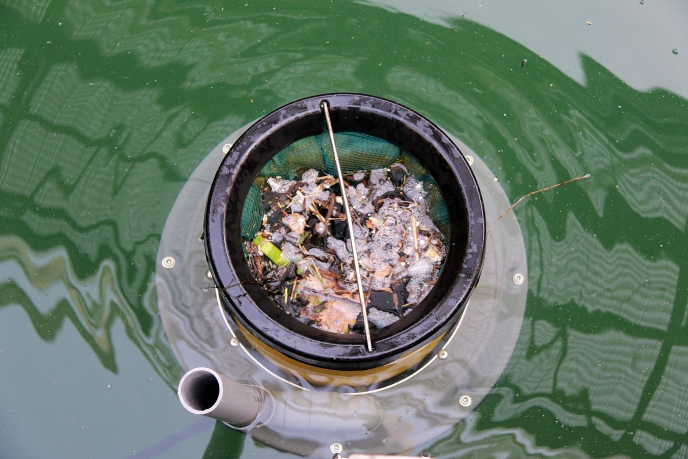 The Seabin sits in the water, attached to a pontoon, and moves up and down with the tide. By drawing in water from the surface and passing it through a fine mesh bag, it will catch floating litter such as plastic bottles and microplastics as small as 2mm in diameter. A single Seabin can collect up to 1.4 tons of litter each year – the equivalent of 90,000 plastic bags or 35,700 disposable cups – but can cost as little as 80p a day to run. 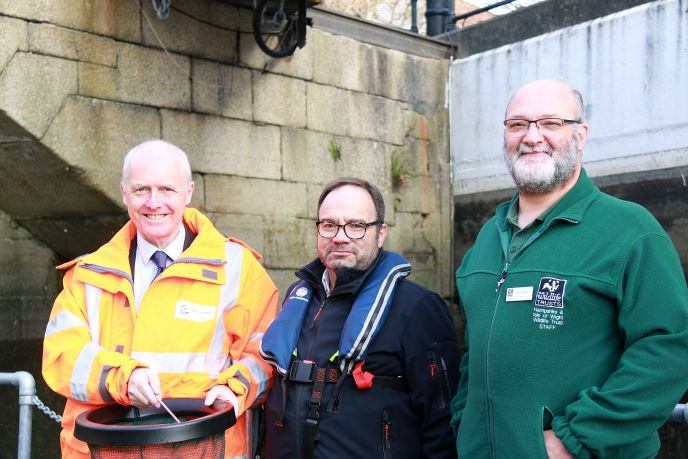 “We’re delighted to have played our part in this Seabin installation. Seabins help address the global problem of plastics in the environment both by collecting some of the existing litter and by raising awareness about the issue. Hopefully when people see the Seabin at Ocean Village Marina, and the plastic it collects, they will be inspired to think about reducing the disposable plastics they use and taking extra care to recycle or dispose of them responsibly.”

“The Solent is an important marine environment which we must protect for future generations. It is also vital to our business and to the health and prosperity of Southampton. We are proud to sponsor this Seabin as one element of our ongoing partnership with Hampshire & Isle of Wight Wildlife trust. DP World’s global sustainability programme recognises the need to undertake robust ocean stewardship and combat pollution to the waterways on which we all depend.”

“We’re delighted to be part of this fantastic project. Our Queen Anne’s Battery marina in Plymouth has had a Seabin installed and so we’ve seen the benefits that it brings in collecting plastic and other waste. Ocean Village Marina is on the edge of the Solent and the bin will really assist my team maintain the overall cleanliness of the marina. Initiatives such as this, combined with a greater awareness by the general public to dispose of litter effectively, can really help make a difference. Working by the water, we are passionate about the marine environment and we can’t wait to see the difference that this bin makes.”

For more information about Hampshire and Isle of Wight Wildlife Trust, visit their website.