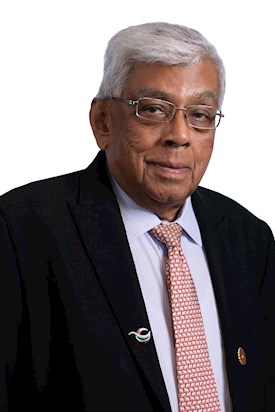 Mr Parekh has an extensive and highly commended executive career, including serving on the Boards of several Indian and international corporations. He has been a member of Indian Government-appointed advisory committees and task forces on matters ranging from infrastructure reform to capital markets and financial services.

His contributions to business have been recognised on numerous occasions and he was the first international recipient of the Outstanding Achievement Award from the Institute of Chartered Accountants in England and Wales, in 2010.

• Appointed to the Board as an Independent Non-Executive Director on 22 March 2011.

• Appointed to the Board as a Senior Independent Non-Executive Director on 1 July 2015.