The concept of a fragmented world permeates this year’s World Economic Forum Annual Meeting in Davos, and raises serious implications for global trade.

Speaking at a panel session on Tuesday 17th January, Dr. Ngozi Okonjo-Iweala, Director- General of the World Trade Organization (WTO), warned against the prospect of the global economy dividing into two super blocs.

“When we look at simulations we've done at the WTO, if the world were to decouple into two trading blocs, it is estimated to result in a 5% decrease in global GDP over the longer term. That’s huge,” she said. And the impacts would be more profound for emerging markets and developing countries.

The solution rests in strengthening multilateralism and cooperation. “Let's not forget globalisation had its problems, but it did lift more than a billion people out of poverty,” she said.

“We need a new type of globalisation, not the old type, what we are calling reglobalisation at the WTO,” she said.

At DP World, we fully support the vital role of the WTO as the only organisation dealing with the global rules of trade. A weakened WTO would only increase uncertainty for companies around the world. 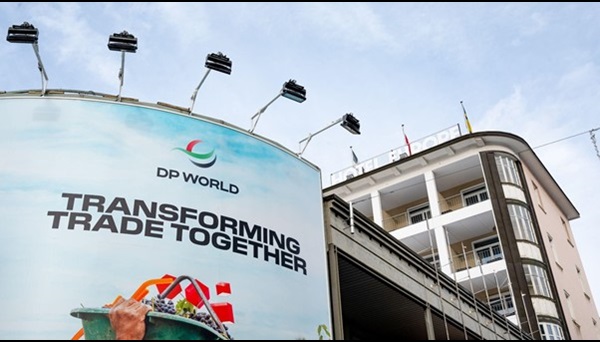 A DP World billboard outside the DP World Pavillion in Davos, Switzerland, home to the World Economic Forum Annual Meeting 2023

In fact, Sultan Ahmed Bin Sulayem, Group Chairman and Chief Executive Officer of DP World, recently wrote in an article published on our website: “Trade – its origins, structure, and flows – requires a fundamental change in the years ahead. To counter protectionism, international economic cooperation is sought.”

The seminar also coincided with the publication of our Trade in Transition 2023 report, which was launched at Davos – click here to watch the official Launch Event.

The WTO, governments and the private sector each have an important part to play in advancing multilateral trade negotiations and strengthening trade governance to benefit all of society.