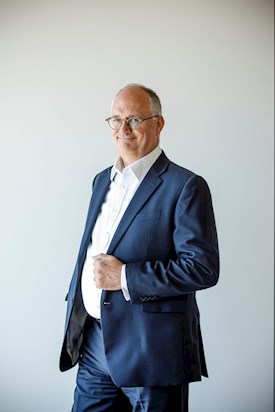 Dirk Van den Bosch has been Chief Executive Officer of DP World in Antwerp since 2020, overseeing the Antwerp Gateway terminal, Empty Depot Services and HUPAC Intermodal rail terminal. Dirk joined the DP World Group in 2008 as Chief Commercial Officer in the United Arab Emirates, and in 2016 was appointed Regional Commercial Director in the European and Russian Regional Headquarters. Prior to joining DP World, Dirk held several commercial positions at Samskip in Rotterdam and the Maersk Group in Antwerp and Rotterdam.

With his appointment at DP World Antwerp in 2020, Dirk returned to Belgium after an extensive international career with an ongoing focus on the development of sustainable customer-oriented relationships, supported by the latest technologies and digital applications.
Share