Terminal reach warmed up with art

Terminal reach warmed up with art

Ports have a cold structure where concrete and iron is predominant. To make this scene which is constructed by cranes and field equipment more aesthetic, an important project was signed. One of the firsts in the world was realized at DP World Yarımca Port, and graffities were drawn with an artistic touch on the places with the appearance of gray concrete in the terminal.The project which was initiated to make the work environment more enjoyable, took two weeks in total.

THERE ARE ALSO MARVEL CHARACTERS

Apart from the eight graffities that decorates the terminal reach, when the ones that is made in the administration building are also counted, the graffities in the terminal became… in total.The creator of the graffities drawn on the walls and manhole covers of the building is Berkem Seçgin who is a native artist in Kocaeli. He has worked on many designs in graffities, from telephone booths in London to Marvel characters and animal figures.

A New York artist named Tom Bob also transforms the city with art by making small touches on certain parts of the city and on the piers. Tom Bob, who creates a better image by decorating the electric poles, pipes and concrete structures that most of us walk on every day without realizing it, transforms things into cartoon-based creations. It also has artistic touches at the marina pier. 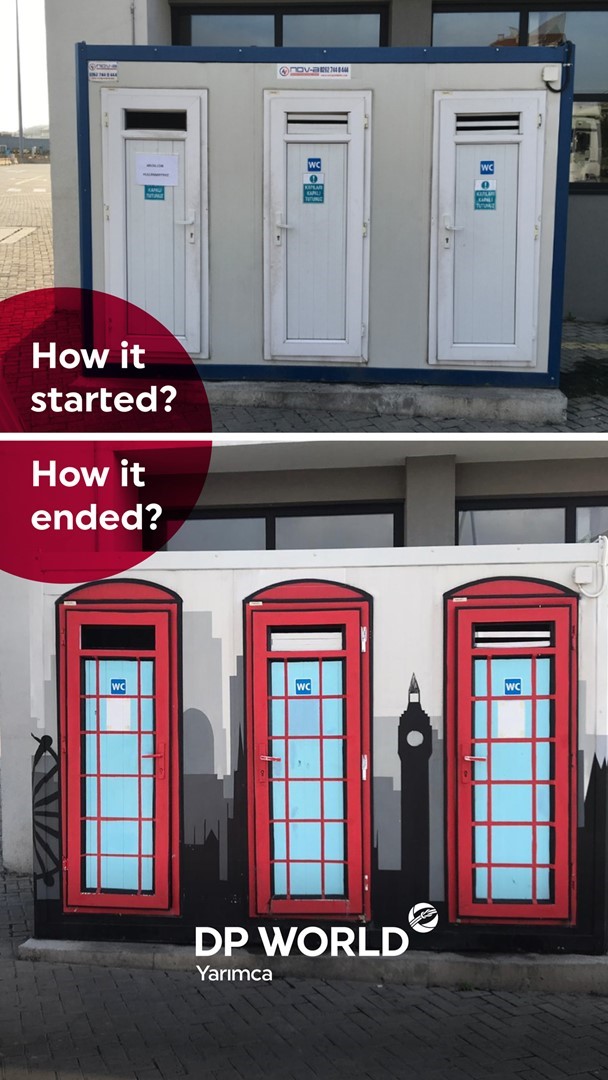