Bringing the world closer together through smart trade.

Our operations in Peru is one of the most important leaders in the logistics chain and enablers of intelligent international trade worldwide; we specialise in solid and efficient management of port terminals and logistics and maritime operations. 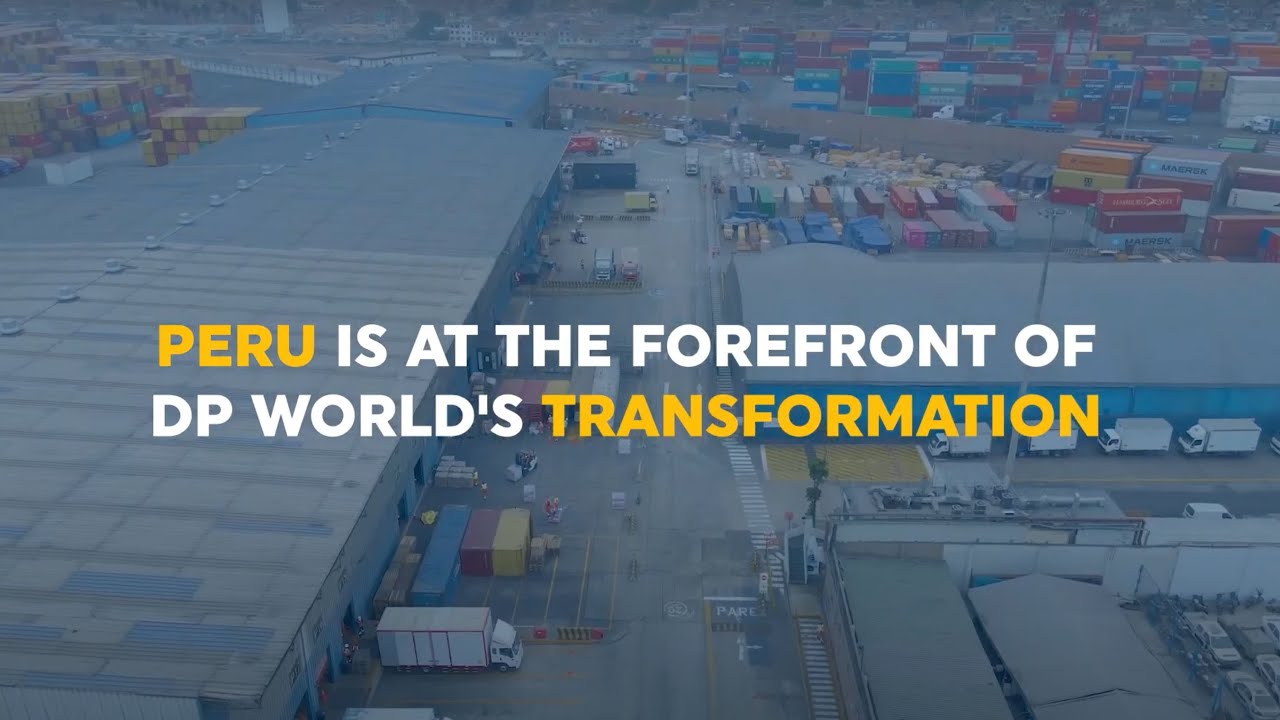 DP World has been present in Peru since July 2006, the date on which it made the largest investment in the modern history of the port industry in Peru, since the concession contract was signed by which DP World built and operates Muelle Sur del Puerto del Callao, the gateway to Peruvian commerce. Located 13 km west of the capital Lima, Muelle Sur is the main container terminal, with approximately 60% of the market share in a port that handles almost 90% of the total Peruvian container trade. In 2020, Muelle Sur handled 1.38 million TEUs transported on more than 719 ship calls.

In 2018, DP World acquired 100% shares in Neptunia S.A., Triton Transports S.A. and Cosmos Agencia Marítima. The objective of this acquisition was to establish a fully integrated logistics services business, offering end-to-end solutions for those related to foreign trade, warehousing and product distribution. Currently, both Neptunia and Triton Transports have merged to operate under the DP World Logistics brand.

Finally, DP World has a 50% stake in Terminales Portuarios Euroandinos Paita S.A. (TPE), the concession company of the Port of Paita, the second most important port in Peru located in Piura, in the northern region of the country.

With an investment of nearly USD 350 million, DP World built a state-of-the-art container terminal on reclaimed land. It features a 650-meter continuous quay line with a depth of 16 meters, equipped with 7 super post panamax quay cranes, 21 RTGs, gates with OCR system and other software capabilities which since the start of operations in May 2010 and together with its dedicated team of 800 employees, has helped to deliver high quality service to its customers turning Muelle Sur one of the most productive terminals in the West Coast of South America.

In addition, DP World invested USD 144 million to develop common-user infrastructure around Callao Port such as the enhancement and dredging of its channel access and the redevelopment of Gambetta avenue, the main road connecting the port.

DP World have started the expansion of Muelle Sur at estimated investment of USD 350 million. The civil works consist of the extension of the current quay to 1,050 meters, additional reclamation of at least 10 hectares for a new storage area and the installation of 2 quay gantry cranes. The new works are scheduled to start operations in late 2023 and will increase the estimated capacity to almost 2 million TEU, making Muelle Sur the largest container terminal in Peru.

To provide logistics services in Peru, DP World has merged the companies Neptunia and Triton Transports so that, under the DP World Logistics brand, it can offer integrated and sustainable logistics solutions to Peruvian Foreign Trade product storage and distribution.

We have 89 hectares of warehouses, our own facilities in Callao, Lurín and Paita and a fleet of trucks that make DP World Logistics have a presence throughout Peru.

The Port of Paita serves as the gateway for the most important agricultural region whose production accounts for almost 12% of the country’s GDP. As such, is the second largest container terminal (297,000 TEU inn 2019, out of which 75% were Reefer containers) and the only one in Northern Peru with the ability to handle Post Panamax vessels.

TPE has an Investment Plan of nearly USD 286 million, having built a container terminal on reclaimed land of 64 hectares, with a 300 meter pier and 13 meters draft. The terminal is equipped with 2 super Post-Panamax quay cranes, 4 RTGs, 2 Mobile Cranes and 12 ITVs. The investment plan foresees the construction of 60 meters of additional berth, dredging up to 14 meters draft and 1,990 plugs (+70% of actual capacity).

Learn more about our services and operations in Peru