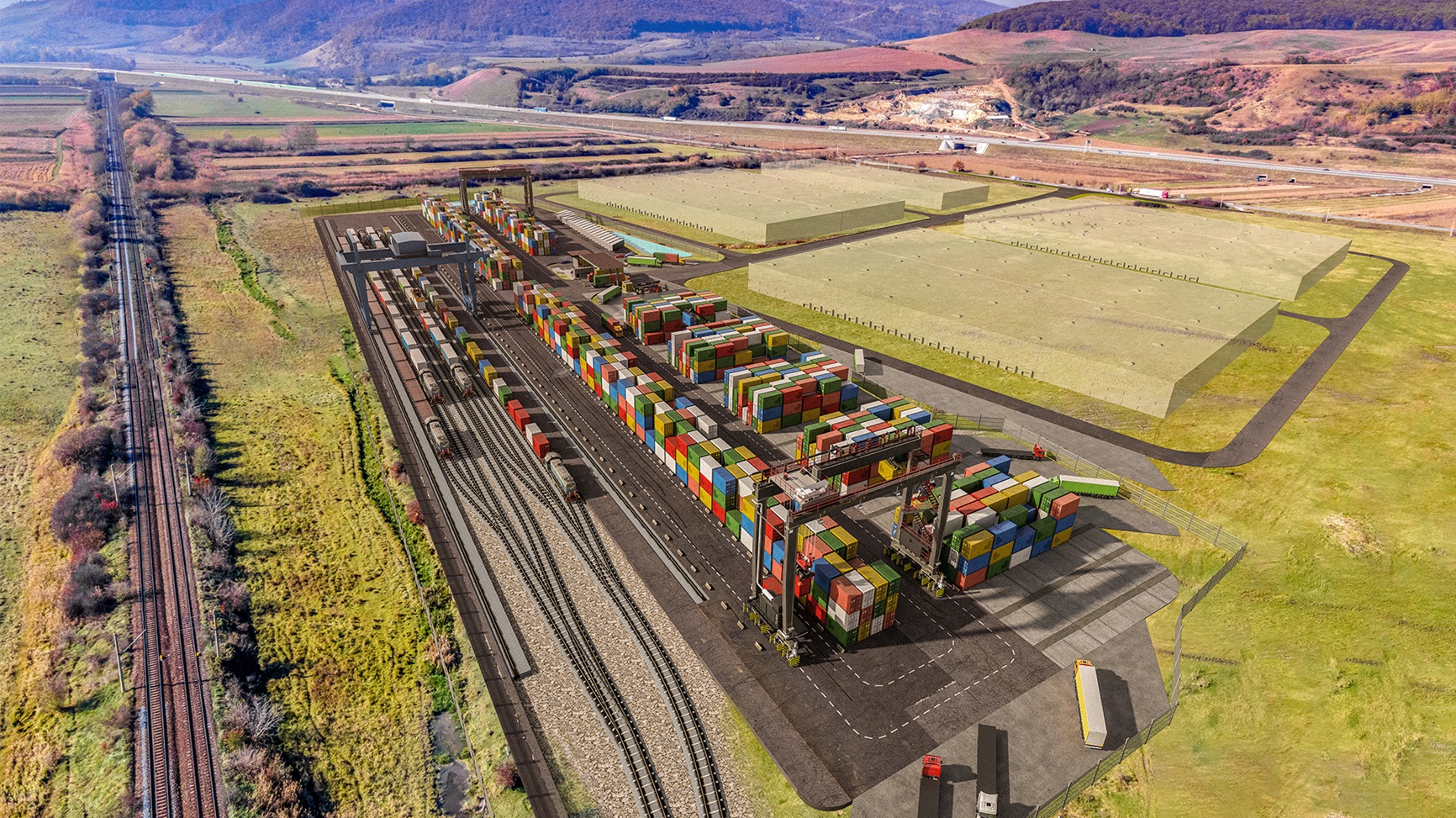 BUCHAREST, Romania – 03 May 2022: DP World has announced plans to open an inland terminal and logistics hub in Decea near the city of Aiud in the north-east of Romania.

The state-of-the-art 82,000 sqm Aiud intermodal terminal will boast a static storage capacity of 3,000 TEU and generate approximately 30 direct job opportunities for the local workforce over the next five years.

Through its on-site connection to the electrified rail infrastructure, it will also help reduce transportation costs and CO2 emissions through the shift from road to rail as well as through the reduced transit time for cargoes from factories at the industrial park to their final destination.

Decea which is located in Alba County is close to Cluj, Sibiu, Mures and Hunedoara, which have become vital industrial and trade hubs for the country. The region has had an historic issue with a lack of robust infrastructure linking the mountainous regions in the northeast with the rest of the country.

Businesses in this area will now have a fast direct connection within Europe to the Black Sea, North and Adriatic seas, while also having rail links to major hubs in Central Asia and China, enabling Romania to become a commercial hub for European trade eastward.

The facility sits within Romania’s industrial heartland, where 50% of the country’s industrial GDP is sourced. It will provide exporters and importers in the wider area with direct access to major transport hubs through the A10 motorway and its own rail infrastructure on Romania’s electrified rail network, which directly connects to major hubs across Europe.

DP World has owned and operated its Constanta terminal in the southeast of the country for 18 years and recently renewed its concession agreement with the Maritime Port Authority of Constanta for a further thirty years, running through until 2049. It is strategically located on the edge of the Black Sea and offers barge connections to the River Danube.

“DP World Constanta is a strong example of this commitment. It is one of the Black Sea's premier container terminals, with multi-modal connectivity through road, rail, inland waterways and maritime connections to the world, serving both the Romanian domestic market as well as Northern, Central and Eastern Europe.

“We are very proud of our sustained achievements in Constanta since we started operating there in 2004, and I am confident that we will have a similar impact in Decea and the surrounding area. Romania has huge potential to become a major player in the trade and logistics sector in Europe and today is a major milestone on that journey.”

The terminal, being developed by Belgian firm ILD, will take up approximately a third of the new logistics park surrounding the terminal, which offers 180,000 sqm for industrial and logistics development.

An official event was held earlier this week to announce the plans, where national and local government officials endorsed the exciting project, which they believe could deliver significant trade and economic benefits to the area and the wider country.