We have end-to-end solutions catering for all elements of terminal operations, from gate systems to internet of things capability. With a host of tools to choose from, we aim to deliver the solutions that ports and terminals need as they adapt to the future of global trade. 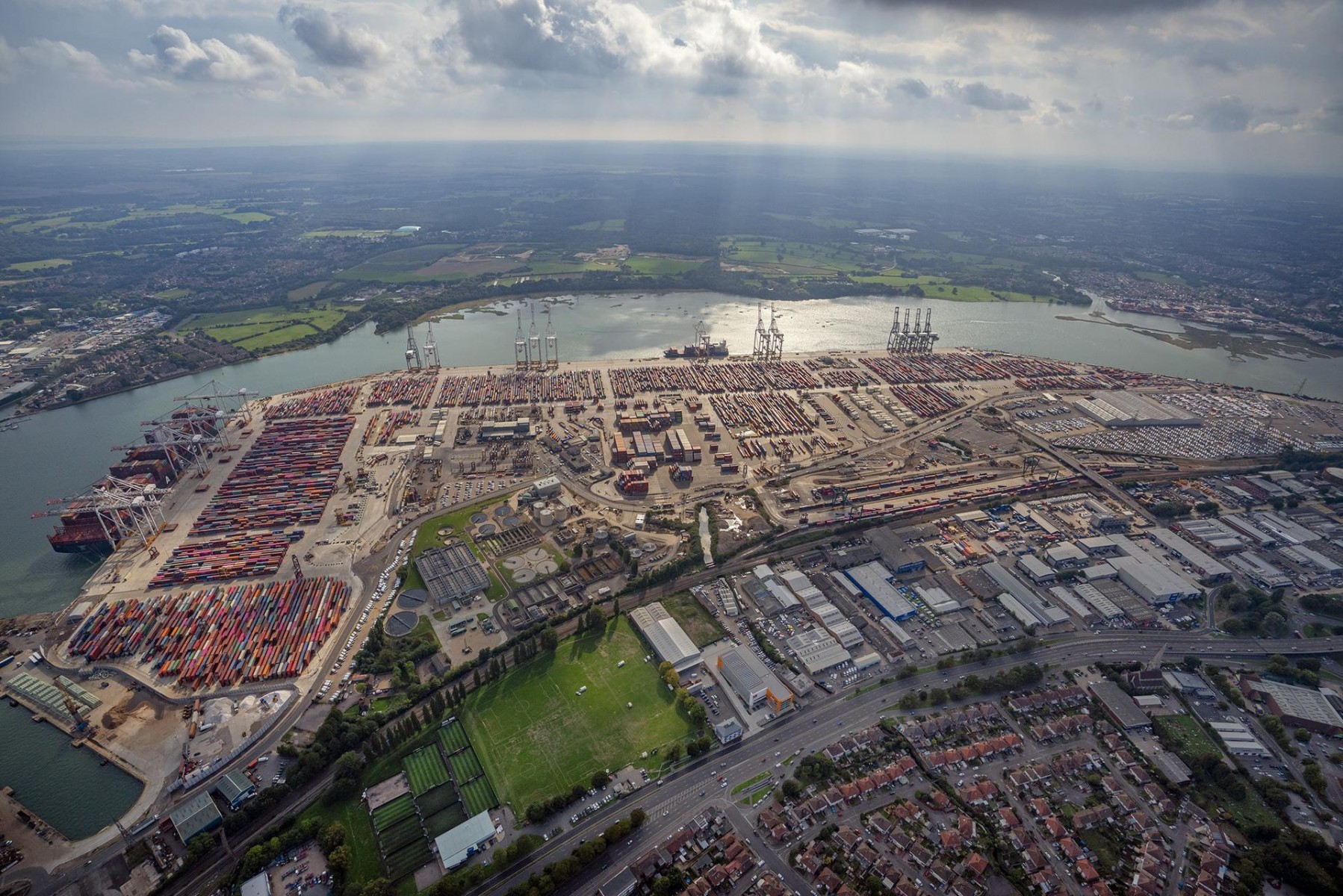 DP World, the leading global logistics company and provider of smart supply chain solutions, has completed the implementation of the CARGOES TOS+ Terminal Operating System at DP World Southampton in the UK.

DP World Southampton is one of the UK’s major deep-water ports, with an annual throughput of 2 million TEU, and the new terminal operating system implementation comes following DP World’s £40m investment into the port last year.

The CARGOES TOS+ solution is designed to optimise operations for efficient cargo and container handling at port and terminal facilities. Among the host of new features now available to DP World Southampton with CARGOES TOS+ is a highly accurate simulation modeling capability, where terminal operations and the results of planning can be seen in advance and fine-tuned before changes are made in the production environment.

Other new features include deadline handling for rail yard moves and dynamic zoning of quay cranes. This allows improved planning of discharge operations and empty container selection, to minimise travel distance and congestion.

Since the go-live of CARGOES TOS+ at the start of April 2022, quay crane gross moves per hour (a crane’s ability to move containers over the quay wall each hour) has increased, whilst truck turnaround time (the total time spent by a truck in the terminal area) has decreased. Additional features of the CARGOES TOS+ platform will be enabled at DP World Southampton over time to bring further productivity gains to the port.

The switch to CARGOES TOS+ from the legacy Navis N4 TOS system is a particular milestone for the CARGOES Ports & Terminals team as it is the first time CARGOES TOS+ has been rolled out at a port running straddle carrier operations.

DP World Southampton has garnered industry accolades for achieving the fastest landside turnaround time in the UK as well as being the most reliable rail feed, with dual track access to the country’s main rail network feeding 22 trains a day. Southampton has the highest percentage of containers moved by rail in the country, and together with its sister terminal London Gateway, takes the equivalent of 300,000 trucks off British roads each year.

The terminal is a pure straddle carrier port, operating a fleet of hybrid straddle carriers that service 14 quay cranes. Southampton has recently replaced diesel with vegetable oil-based HVO biodiesel, cutting net emissions from the terminal by over 80%.

Matt Stride, Business Optimisation Manager – Operations, Project Lead, DP World Southampton, said: “As the first straddle carrier terminal and one of the first big European terminals in the DP World portfolio, the leap from the Navis platform to CARGOES TOS+ represented a significant milestone for us and also for the CARGOES TOS+ group .

“As a highly competitive terminal, DP World Southampton embraced the prospect of a new TOS in order to increase productivity, reduce delays and build a platform for the future.

“The team in Southampton look forward to the next stages where more of the terminal operations (Empty Park, Rail Operation) will fall under TOS+ management and control.”

Steve McCrindle, Port Operations, DP World Southampton, further stated: “This was a fantastic team effort, not only to develop and deliver the first straddle carrier module, but the go-live was a resounding success, resulting in a seamless migration, no unplanned downtime and zero impact to our customers. The two teams have worked extremely well together. Full credit goes to CARGOES for understanding our requirements and ensuring we had the correct people and expertise throughout the project journey.”

Mohammed Rahmah, VP CARGOES Ports & Terminals, said: "The Southampton terminal is a new success story for the team. At CARGOES, we focus on adding value to terminals by developing the most advanced features possible. We have end-to-end solutions catering for all elements of terminal operations, from gate systems to internet of things capability. With a host of tools to choose from, we aim to deliver the solutions that ports and terminals need as they adapt to the future of global trade."

DP World is the leading provider of worldwide smart end-to-end supply chain logistics, enabling the flow of trade across the globe. Our comprehensive range of products and services covers every link of the integrated supply chain – from maritime and inland terminals to marine services and industrial parks as well as technology-driven customer solutions.

DP World delivers these services through an interconnected global network of 190 business units in 69 countries across six continents, with a significant presence both in high-growth and mature markets. Wherever we operate, we integrate sustainability and responsible corporate citizenship into our activities, striving for a positive contribution to the economies and communities where we live and work.

Our dedicated, diverse and professional team of over 71,255 employees from 150 different nationalities are committed to delivering unrivalled value to our customers and partners. We do this by focusing on mutually beneficial relationships – with governments, shippers, traders, and other stakeholders along the global supply chain – relationships built on a foundation of mutual trust and enduring partnership.

About CARGOES By DP World

In a continuously moving world with a growing population, the need for smarter trade is more important than ever before. DP World created our digital service CARGOES based on over 40 years of experience in logistics to solve challenges in the supply chain that create inefficiency and slow down trade. CARGOES provides solutions that support shippers with tracking to ports around the world. It also helps nations manage their operations or regulatory logistics needs. If there is an issue you need to solve, we're ready to hear from you. Together, we can make trade better.