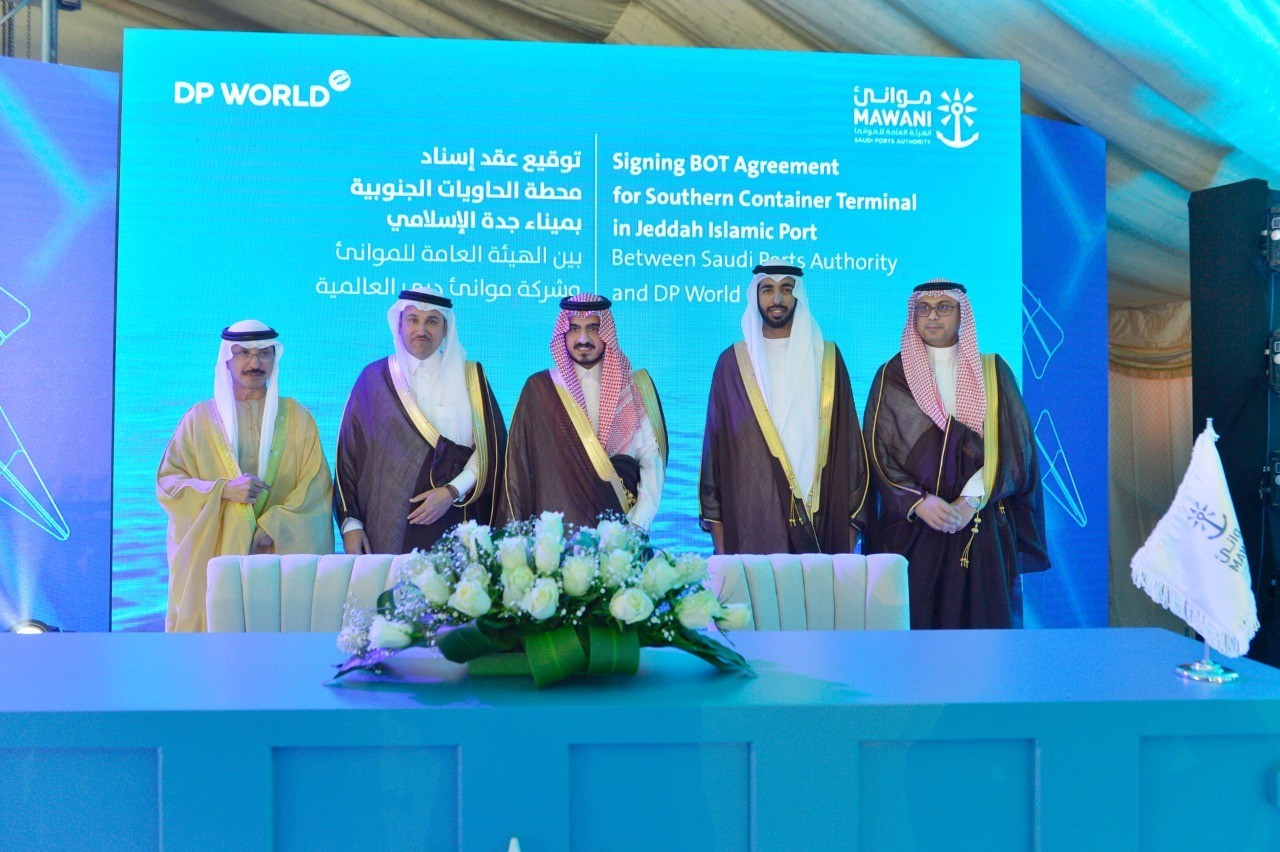 Global trade enabler DP World has been awarded a 30-year Build-Operate-Transfer (BOT) concession by the Saudi Ports Authority (Mawani), for the management and development of the Jeddah South Container Terminal at the multi-purpose Jeddah Islamic Port.

Under the agreement, DP World will invest up to $500 million to improve and modernise the Jeddah Islamic Port, including major infrastructure development to enable the Port to serve the ultra-large container carriers (ULCC’s), which are considered the world’s largest mega containerships.

Established in 1976, the Jeddah Islamic Port is on the red sea and the largest port in the Kingdom of Saudi Arabia with annual volumes of over 6 million TEU’s. As a crucial link on the world’s busy east-west trade route and the Kingdom’s main commercial centres, the Port currently handles approximately 60% of the country’s sea-imports and is a strategic hub that connects East-West cargo.

Developing Jeddah Islamic Port will contribute to achieving Saudi Vision 2030 as the project is considered a key milestone towards achieving the targets of The National Industrial Development and Logistics Vision Realization Program, one of the Vision’s major initiatives. The concession will also be instrumental in facilitating the smooth and efficient movement of cargo and greater access to local and international markets. DP World has operated the South Container Terminal on a lease agreement for more than 20 years.

As the main trade destination for Saudi Arabia and one of the Kingdom’s major port privatisation projects, the new terminal will also have an upgraded capacity of 3.6mn TEU up from 2.4mn TEU, to meet the expected growth demands of the future, and will provide 1,400 jobs.

Sultan Ahmed Bin Sulayem, DP World Group Chairman and CEO, said: “DP World is honoured to support the Kingdom’s 2030 growth vision through this new concession to transform the country into a global logistics hub. We have committed to investing significantly to modernise the Jeddah South Container terminal, which will not only result in greater direct and indirect job creation but also deliver best-in-class efficiency and productivity to the Port’s operations.”

Bin Sulayem added, “We look forward to leveraging our strategic partnership with Mawani and the Ministry of Transport and National Centre for Privatisation to collaboratively develop the Kingdom’s trade ecosystem while enhancing the nation’s competitiveness. Beyond the terminal, our ambition is to develop inland connectivity across the Arabian Peninsula between Jeddah and Jebel Ali Port in Dubai, as well as to Saudi Arabia’s cities through smart technology-led logistics, which should support further growth in this strategic hub that connects East-to-West.”

In line with DP World’s mission to transform container terminal operations through technology driven innovation, the South Container Terminal will become successfully state of the art facility with advanced infrastructure and fully commissioned smart services that ensure transparency of transactions and greater facilitation of trade.