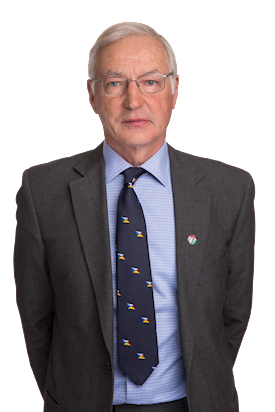 Mr Woods has over 40 years’ experience in the shipping and port industry. He is the Chairman of the UK Boards comprising DP World Southampton and DP World London Gateway. He was formerly the Chief Executive of The Peninsular and Oriental Steam Navigation Company, and a Non-Executive Director of Cathay Pacific Airways, Tilbury Container Services Limited and John Swire & Sons. In 2012, he was appointed President of the Chartered Institute of Shipbrokers and he is an Honorary Captain of the Royal Naval Reserve.

• Appointed to the Board as an Independent Non-Executive Director on 1 January 2014.

• Director at the Chamber of Shipping of the United Kingdom, the Greenham Common Trust, and St. George’s House Trust (Windsor Castle), Chairman of the Navy League, Chairman of the Sea Cadet Association.